Why do Children Live on the Street in Liberia?

Street children exist throughout the world, including Liberia. These are children under the age of 18 for whom the street has become their home and/or source of livelihood. A recent report by Street Child of Liberia estimated that over 14,000 children existed on the streets of Monrovia, Liberia. Their lives are neither positive nor sustainable. Unable to meet their basic needs, these children are highly susceptible to violence, trafficking and sexual exploitation, and at risk for drug addiction, physical trauma, and trouble with the law; girls also run the risk of an unwanted pregnancy. Where did these children come from, and why are they here? 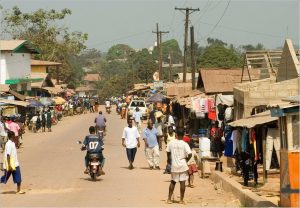 Politics has contributed to the problem. Liberia was plagued by a fourteen-year civil war (1989 – 2003), in which an estimated 270,000 people died while another 850,000 were displaced. During this war, over 10,000 children were recruited as child soldiers. After the war ended the children could return to civilian life, yet in many cases former child soldiers had no surviving relatives or could not locate their families post-conflict. Those that were reunited with their families often did not remain and chose a life on the street instead.

Social issues have played their part in the growth of street children. While attempting to rebuild, Liberia has suffered from war and disease which have, in turn, crippled the economy, destroyed the education system and devastated many communities. In 2014, Liberia was stuck by the Ebola virus, orphaning many as 7,500 children. By that time, most of the former child soldiers had grown up, but the massive fatality rate of Ebola in Liberia (as indicated by CDC – 45%) fostered a new generation of street children. In addition to losing entire families, the surviving children were subject to stigmatization and ostracization from their peers. Without families or caregivers and with no means of survival and no community support, orphaned children have to resort to street labor or prostitution to survive. 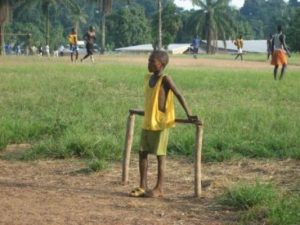 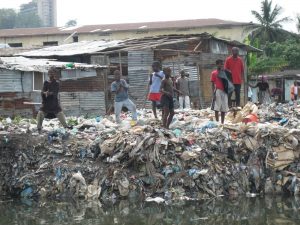 The lack of economic opportunities and the declining education system have also played a role in children migrating to the streets. The WHO estimates that 64 percent of Liberians live below the poverty line ($1.25/day), with 1.3 million living in extreme poverty. This poverty has prompted parents to force their children to work on the city streets for extra income. Destitute and desperate rural parents often send their children to the city with local businessmen who promise an education and more opportunity. Unfortunately once in the city, children are exploited for their labor. Even if they flee the situation, they remain living the city, where they resort to prostitution and selling in the street to survive.

There are many reasons as to why a child may be living on the street in Liberia, yet one thing remains clear: street children face significant risks and are exceptionally vulnerable to violence, abuse, neglect, child labor and sexual exploitation. Even so, many of these children have hope for a future. Street children present a complex challenge, yet we cannot give up hope on them because hope is all they have.