When talking about migration, too often we forget that behind numbers and statistics we have human beings. Reporting the focus on humanity is the first step to start solving the current refugee crisis. Here’s a list of great recent movies and documentaries who can help us understand what is like to be forced to leave our homes and our countries, with nowhere to go. With the Syrian conflict now in its sixth year, millions of people continue to be displaced. “After Spring” is the story of what happens next. By following two refugee families in transition and aid workers fighting to keep the camp running, viewers will experience what it is like to live in Zaatari, the largest camp for Syrian refugees. With no end in sight for the conflict or this refugee crisis, everyone must decide if they can rebuild their lives in a place that was never meant to be permanent.
Trailer: www.youtube.com/watch?v=oQQmBU_rBpM

Tzu Chi USA produced a documentary calling attention to the international refugee crisis. “The Resettled” presents the dramatic stories of refugees who are building new lives in America, and forces us to question: How willing are we to put out the welcome mat for foreigners from a distant land?
Full episodes: www.youtube.com/watch?v=oQQmBU_rBpM The film is shot on the Sicilian island of Lampedusa during the European migrant crisis, and sets the migrants’ dangerous Mediterranean crossing against a background of the ordinary life of the islanders. The main characters are a twelve-year-old boy from a local fishing family and a doctor who treats the migrants on their arrival
Trailer: https://www.youtube.com/watch?v=f8Kc5wy0Rxg 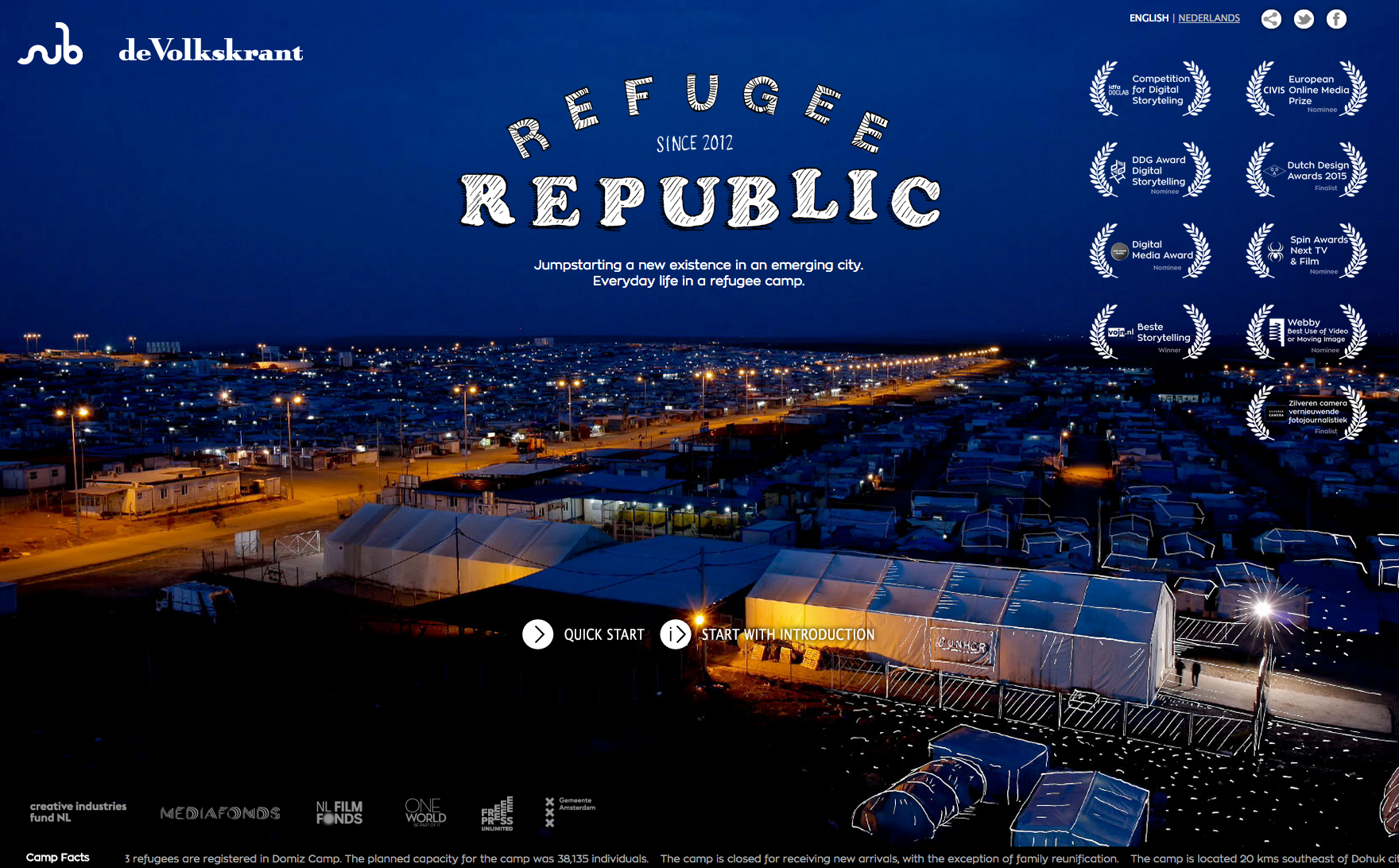 Camp Domiz is a Syrian refugee camp in northern Iraq. Around 64 thousand predominantly Kurdish-Syrian refugees have sought shelter here. As the number of refugees grew, the camp gradually transformed from a temporary refuge to a makeshift town, where people live and work, go to school, start a business, get married, argue and have fun. Visual artist Jan Rothuizen, journalist Martijn van Tol, and photographer Dirk Jan Visser explored Camp Domiz from A to Z. They bring to life its inhabitants and places in a multidimensional mix of sound, drawings, photo and film.
Website: http://refugeerepublic.submarinechannel.com/intro_en.php?o

Two Americans head to the edge of war, just seven miles from the Syrian border, to live among 85,000 uprooted refugees in Jordan’s Za’atari camp.
Trailer: https://www.youtube.com/watch?v=W6SxPSZVD9o

“The Land Between” offers an intimate insight into the hidden and desperate lives of Sub-Saharan African migrants living in the mountains of northern Morocco. For most, their dream is to enter Europe by jumping a highly-militarised barrier into Melilla, a Spanish enclave on the African continent. With unique and unprecedented access, this film documents the everyday life of these migrants trapped in limbo, as well as the extreme violence and constant mistreatment they face from both the Moroccan and Spanish authorities. It also explores many universal questions, including how and why people are prepared to risk everything, including their life, to leave their country, their family and friends, in search of a new and better life.
Full Movie: https://www.youtube.com/watch?v=Vf4N_lHOWEA

Juan, Sara and Samuel, three teenagers from the slums of Guatemala, travel to the US in search of a better life. On their journey through Mexico, they meet Chauk, an indian from Chiapas who doesn’t speak Spanish. Travelling together in cargo trains, walking on the railroad tracks, they soon have to face a harsh reality.
Trailer: https://www.youtube.com/watch?v=GBBNmC2JWGU